It Came From Beyond the Garden

Singapore Daisy (Sphagneticola trilobata) - now known as the "scourge of the east coast of Queensland" - is spreading fast - aided by roadside mowing (and people planting it). It is arguably our major weed infesting roadsides, river and creek banks, lawns, beaches, abandoned properties and even forest areas. Sure it has lovely yellow flowers (in season) but it supresses the growth of native plants. It was sold by nurseries as an alternative to grassed lawns but has now become, according to the IUCN, one of the one hundred worst invasive species in the world . Click here for the list...

Singapore daisy is a "prostrate vine" - meaning that it spreads by means of "runners" which can extend for tens of metres along the ground under appropriate conditions. The runners have nodes, and each node bears two characteristically-shaped leaves, as well as producing roots, which, should any damage occur to the runner, are capable of creating new plants. Under good conditions, these runners can extend a meter per week. Fortunately for us, it hardly ever produces seed, despite the masses of flowers, and the seeds it produces are seldom fertile.

Its ubiquity and rapid rate of spread has given rise to the belief that it cannot be controlled, and attempts to control it using herbicides such as Roundup (glyphosate) have been totally unsucessful. Singapore daisy, despite its name, is actually a South American plant. 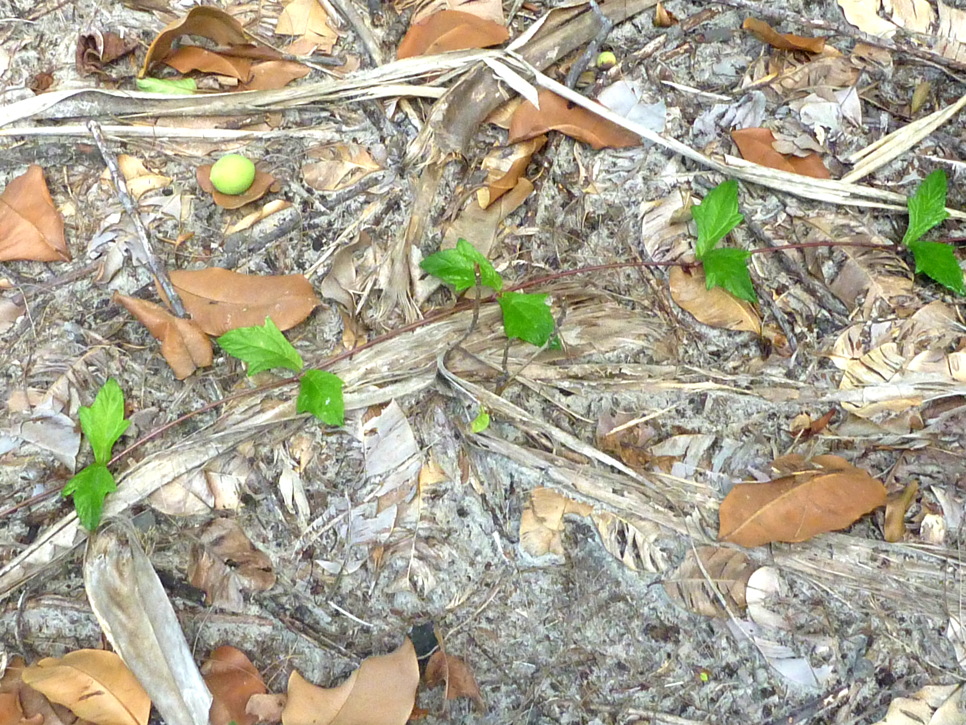 However, it turns out that Singapore daisy is actually very easy to control and eliminate. It all depends on using the correct herbicide and being prepared to follow up. We have completely eliminated very serious Singapore Daisy infestations from our beaches on the Daintree Coast. You can do the same. This website aims to give you the information that will allow you to control this menace, as well as some success stories.